Home » What Do Oil and Tulips Have in Common? 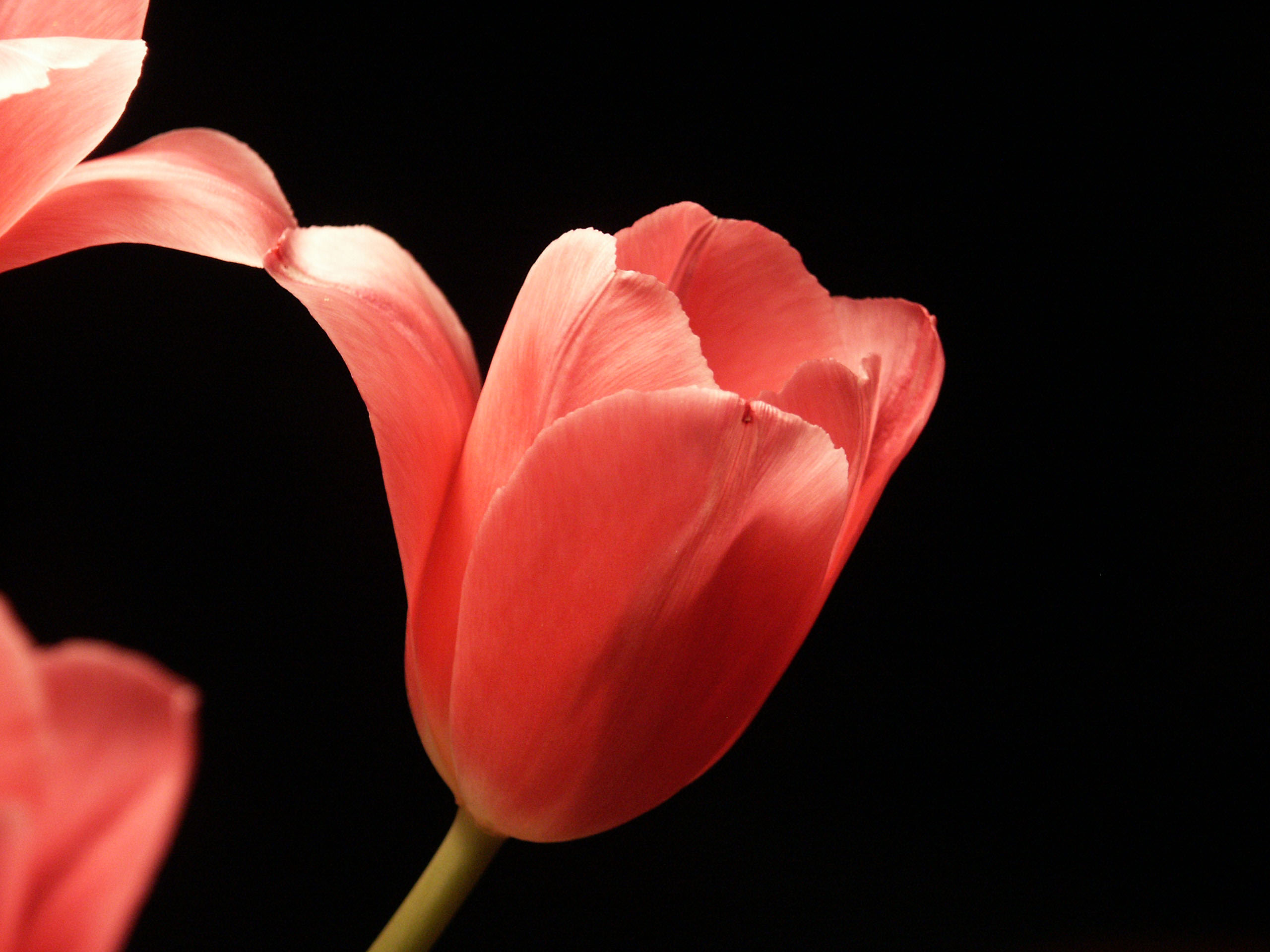 If we need to provide a definition for a “market bubble”, we would describe it as a part of the economic cycle, which characterizes with a rapid and often irrational expansion of the market, accompanied by a an unprecedented surge in prices, driven mainly by optimism and euphoria about the future, followed by an unexpected sharp contraction or a sell-off.
Nevertheless, not all bubbles are the same. For example, there was a stock market bubble in 2007, followed by a worldwide crash, which gave the start of the Great Recession. But while the economy is still recovering, the major U.S. stock market indices not only managed to reach the pre-crash levels, but exceeded them by a large margin. So, it seems that once the sell-off finally finds bottom, the bulls return and take prices to new all-time highs again. 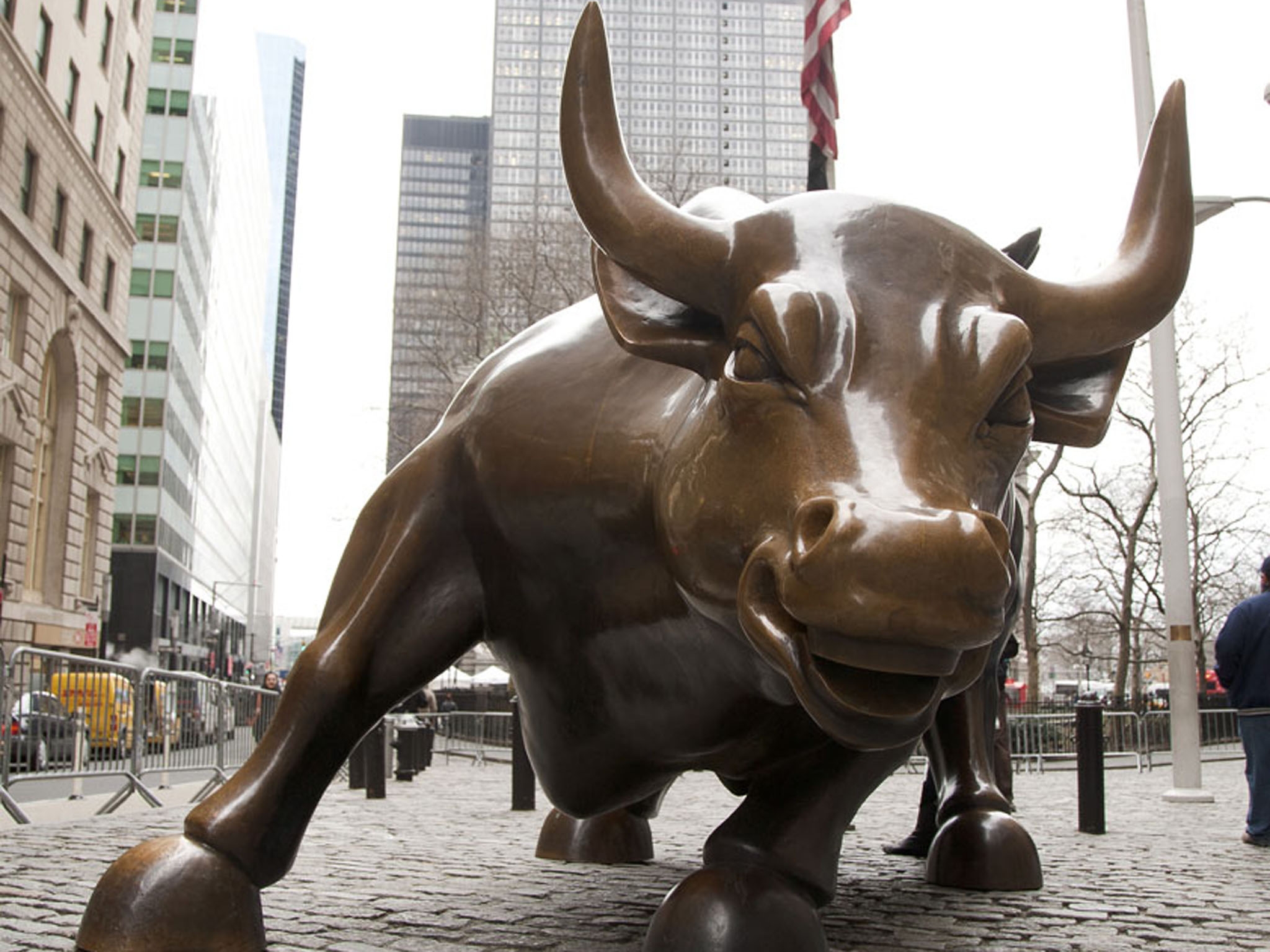 But there is another type of bubble. The one investors never recover from. There was a time in the 17th century, when tulips became unbelievably popular. So popular, that, in 1637, a single tulip bulb cost more than ten times the annual salary of a skilled craftsman. It was really expensive. This period is known as the “Tulip Mania”. People were so optimistic, that they were selling their very land, in order to invest in tulip bulbs. Unfortunately, the euphoria did not last long. When the tulip bubble finally burst, it left many people homeless, poor and desperate. As it turned out, a tulip bulb would never become so expensive ever again.

In other words, not every crash is followed by another advance. Sometimes, the market decides to keep prices low for good.
It has been more than 12 years, since the last time oil was trading this low.  And less than 8 years, since it skyrocketed to the currently unimaginable 147 dollars a barrel in 2008. It sounds like the “before and after” of any other bubble throughout history, right? The only question is what is going to happen next? What type of bubble is this? Is oil going to surpass the $147 mark ever again or should we get used to oil below $30 from now on? That is the question. Trouble is, no-one knows and neither do we. But this should not stop us from analyzing the possibilities. Let’s see what the Elliott Wave Principle has to say. 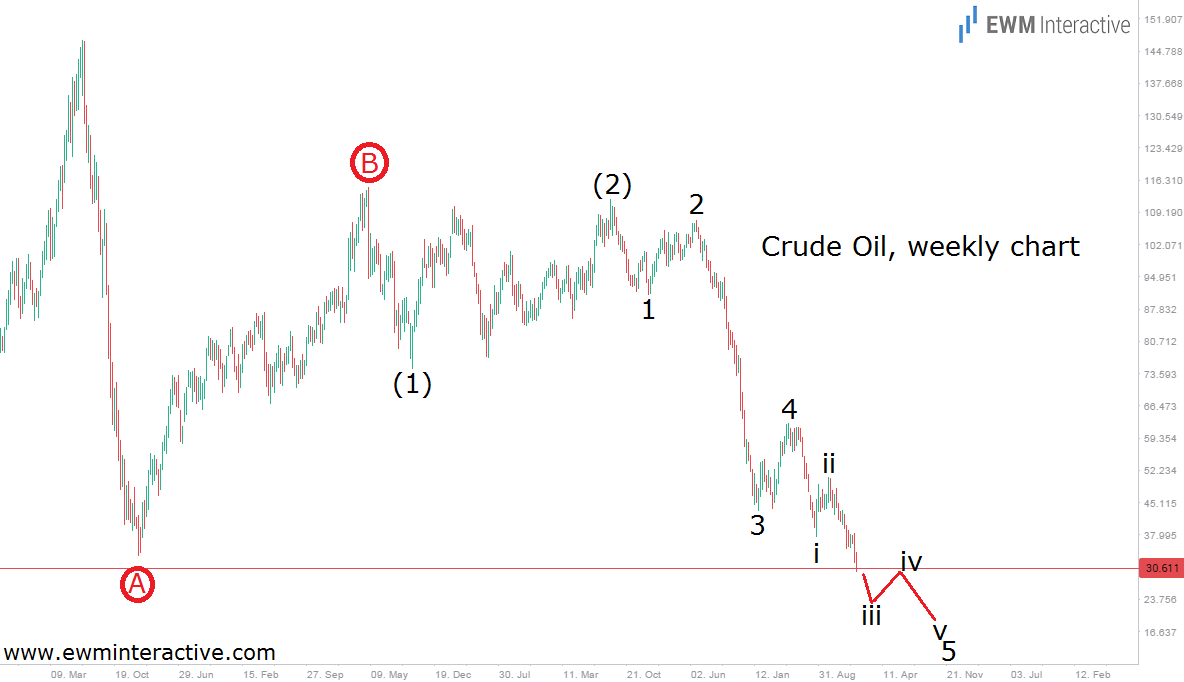 It looks like the whole development since the top in 2008 is an unfinished three-wave zig-zag. According to this count, oil is now in wave C to the south and prices still have plenty of room to fall, because waves (3), (4) and (5) need to be finished, before we could expect a significant rebound. And here comes the interesting part. The Wave principle claims that every crash is just a correction of a larger uptrend. Once the correction is over, the larger uptrend resumes. If this is the right logic, when oil finally finds its bottom, it should slowly start recovering. In the long term, the bulls are supposed to take out the 2008 top. But there is another outlook, which also deserves attention… 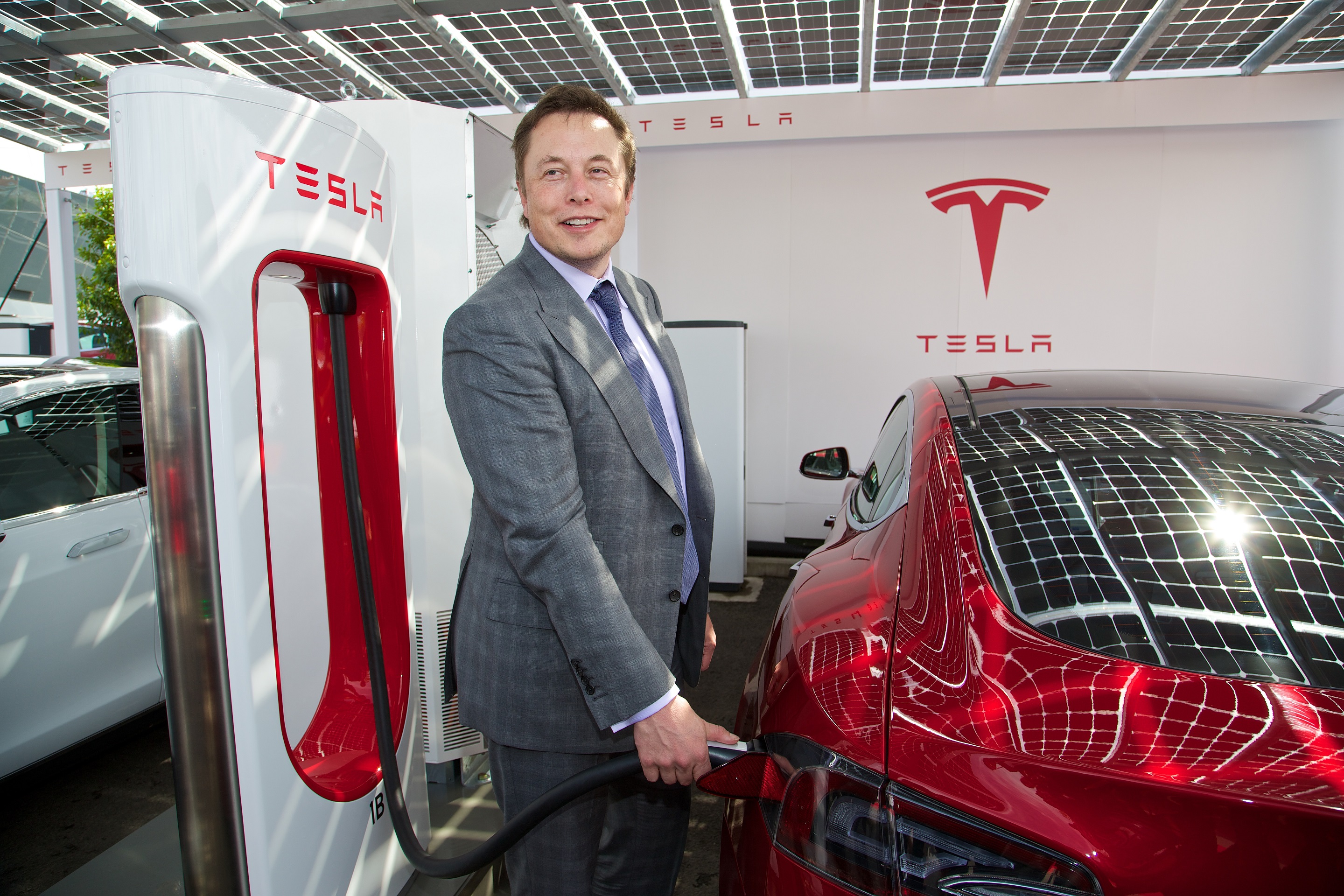 We will not be using oil forever. In fact, the sooner we get rid of our addiction to it, the better. Elon Musk is trying to start the green revolution almost single-handedly. Tesla Motors Inc. is the leading manufacturer of electric vehicles. The company just sold its 100 000th car in 2015. And if that is not enough, in 2014 Tesla gave away its patents for its competitors to use. As Musk says, the combustion engine itself is Tesla’s real competition, not the other auto-manufacturers. As a result, BMW, Volkswagen, Toyota and many other leading car-makers are expanding their EV productions.  In addition, governments are also taking steps in the right direction. On December 12, 2015, 195 countries signed the Paris Agreement, devoting to reduce their carbon output “as soon as possible” in an effort to fight pollution and climate change.
Some would argue that the world is far from being independent from oil yet. We agree. But if governments and businesses work together, the world’s dependency on oil could at least be reduced. With the present global supply glut, this might hold the price of oil down for a long time, until eventually we do not need it that much anymore.
This is the first time we hope the Elliott Wave principle is wrong. We hope oil will have the same fate as tulip bulb prices. It is for the best of humanity.

Do you trade Crude Oil?

Crude Oil analyses are included in the EW Pro subscription.

Despite surging past $112.60, the price of crude oil finished last week little changed from where it started it. Recession fears lead to lower...

Crude oil is up by over $5 a barrel so far this week, but remains locked in the same range it has been trading...

Crude oil fell some more last week, but the support area near $100 a barrel stopped the bears in their tracks. What does this...

Despite surging past $112.60, the price of crude oil finished last week little changed from where it started it....

Crude oil is up by over $5 a barrel so far this week, but remains locked in the same...

Crude oil fell some more last week, but the support area near $100 a barrel stopped the bears in...

Crude oil is falling sharply as recession fears darken the energy demand outlook. How low is the commodity going...

Crude oil fell sharply last week on the back of fears that an approaching recession is going to cause...

Crude oil seems to be searching for direction ahead of today's Fed interest rate decision. New Covid-19 outbreaks in...

Crude Oil Stocks Are Up, but Don’t Chase Them

How things have changed in just two short years. When Covid-19 struck the world economy in the spring of...